Spin a cocoon of play, my child
With silken threads of hope and love--
Shape slowly the wings of womanhood
Upon the dreaming mountainside.

Beware the bloodied guns of time
That rage against life's longing sigh,
While minds unmended sow their souls
In the weeping steel of war's device.

In the 1940s, the King of Afghanistan commissioned my father to build that country's first engineering school. When we left there in 1954 or so, our old Chevy station wagon was places on a concrete foundation with a plaque as a monument of appreciation to my father. When my brother, Paul, returned to Afghanistan in 1972 with acting rank of full Colonel in the Afghan army, the monument was still there. The country was undergoing the worst famine in recorded history; over half a million people starved to death one winter.

Afghanistan was my first home. The people have a curious nobility and power about them--a durable quality of courage and pride with an underlying sense of humor and spirituality--that make them one of my favorite peoples. The rugged and beautiful land, once a world center of knowledge and education, has been raped and plundered for centuries. Tamberlane left mountains of human skulls in his wake. Attila, Genghis Khan, and many others since have invaded and abused this land, and yet the Afghans quietly rebuild and go on.

But the atrocities that occurred in Afghanistan, directed at children, go beyond the usual horrors of war. The mass kidnappings, the torture, deliberate mutilations and killing of children as standard policy are beyond the realms of rational thought.

I was paging through an Arizona newspaper and was chilled to see a photo of an anti-personnel mine disguised as a brightly painted toy butterfly--a piece of military hardware designed to attract, and then maim or kill a child.

I wondered at the type of mind capable of using a butterfly--a symbol of beauty and innocence--to hurt children. I felt I needed to sculpt this image to do what I could to help expose and eradicate such evil. I did also sculpt hope though, for the remaining children. The child in Steel Butterflies is looking up, hesitating as she reaches, as if someone is warning her off.

In the sense that no person is an island, this holocaust, these atrocities, dehumanize us all. If we allow them to continue, or to be ignored, I fail to see how we can think of ourselves as compassionate or even civilized. 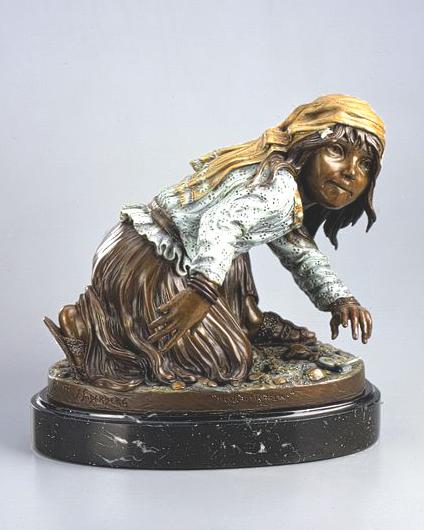 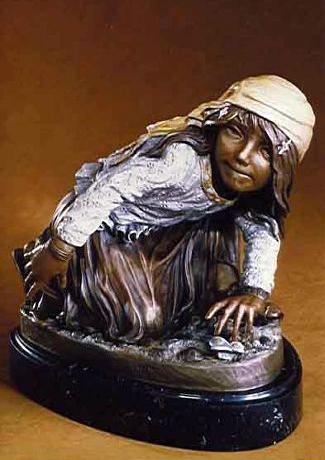 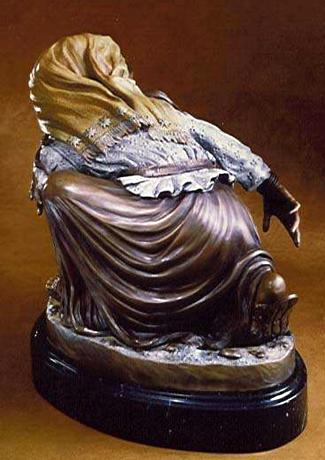