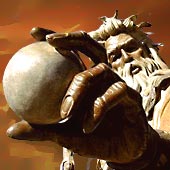 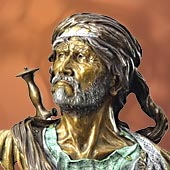 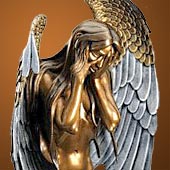 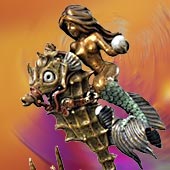 ohn M. Soderberg PhD circled the world eight times and visited more than 40 countries before graduating high school in Bangkok, Thailand. After numerous and interesting starving artist years, John began selling his art professionally and served as Artist in Residence at NAU where he later received his Ph.D. in Humane Letters from that institution.

John became involved with service-work in the military, and has since donated a large portion of his time and work to others, focusing on children and women in need. He has worked with domestic abuse shelters, Amnesty International, Free The Slaves, Rancho Feliz, Big brothers, Big Sisters, and many other groups and causes. In the late 90s, John was knighted by Ulf Hamilton, a Swedish Count, for his service.

John lives and works in the Sedona, Arizona area. His daughters, Heather and Misty, both noted professional sculptors, work with him on all of his monuments.