Nearly every American achiever has in some way been affected by the wisdom of Dr. Norman Vincent Peale. As a young boy, Peale faced a fight against strong inferiority feelings when growing up. Over the years he developed and refined the message that anyone could put the principles of positive thinking and strong faith into practice and improve upon his or her own life dramatically. At age 34, Peale accepted a call to Marble Collegiate Church in Manhattan where he remained for 52 years as one of New York City's most famous ministers. Membership grew from 600 when he arrived to well over 5,000 today.

In 1945, Dr. Peale, his wife, Ruth Stafford Peale, and Raymond Thornburg, a Pawling, New York businessman founded Guideposts Magazine. With little money and a strong vision they managed to raise $1,200 from Frank Gannett, founder of the Gannett newspaper chain, J. Howard Pew, the Philadelphia industrialist and Branch Rickey, owner of the Brooklyn Dodgers. Guideposts was designed to be a non-denominational forum for people — both celebrities and ordinary folk — to relate their inspirational stories to provide a spiritual life to all readers. Today, the 48-page, full-color magazine under the direction of Ruth Stafford Peale is the 13th largest paid circulation magazine in the country with a circulation of over 4 million.

Peale put his gifted writing skills to work over the years. His fourth book, The Power of Positive Thinking, was published in 1952 and has sold nearly 20 million copies and has been printed in 41different languages. Peale completed what has been called his all-time inspirational best seller at age 54. He was the author of 46 inspirational books including The Art of Living, A Guide to Confident Living, The Tough-Minded Optimist, and Inspiring Messages for Daily Living.

For 54 years, Peale's weekly radio program, “The Art of Living,” was on the air. His sermons were said to be mailed to over 750,000 people per month and in 1964 a movie was made of his life entitled One Man's Way. Peale also co-founded “The Horatio Alger Association”, with educator Kenneth Beebe in 1947 dedicated to recognizing and honoring contemporary Americans who have achieved success and excellence in the face of adversity.

The Guideposts family of non-profit organizations includes the Peale Center, the Positive Thinking Foundation and Guideposts Publications. Their purpose is to be the world leader in communicating positive, faith-filled principles that empower people to reach their maximum personal and spiritual potential.

On Christmas Eve of 1993, Dr. Peale left us to meet his maker at the ripe age of 95 years old. His message of positive thinking, strong faith and helping others achieve their true potential will continue to live on with us.

Taken from The American Dreams by James R. Bickford. 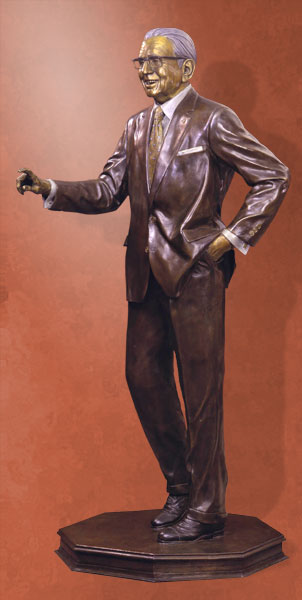 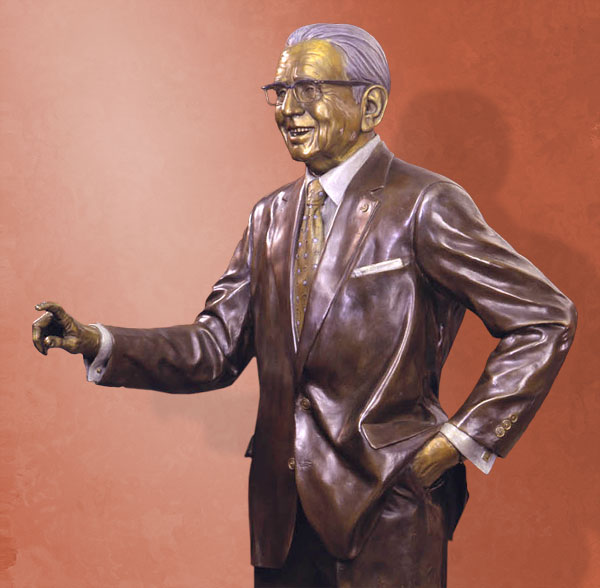