Born in Alton, Iowa, Rev. Robert Schuller was raised on his parent's farm in a small Dutch American community. The Schuller family was adherents of the Dutch Reformed Church, the oldest Protestant denomination in North America. At age four Robert knew that he wanted to be a minister of the church.

After graduating high school in Newkirk, Iowa, he entered Hope College, in Holland, Michigan, where he earned a Bachelor of Arts degree. While home for the summer he saw his parents home and farm destroyed by a tornado. While other families in the area whose homes were destroyed left the area, the determined Schuller family rebuilt their home and farm by the end of the summer. Robert returned to Michigan where he studied at Western Theological Seminary, receiving his Masters of Divinity in 1950.

Rev. Schuller married Arvella DeHaan of Newkirk. They moved to Chicago, where the newly ordained minister took up his first assignment as pastor of the Ivanhoe Reformed Church. During his ministry, the congregation grew considerably.

In 1955, Schuller's denomination, the Reformed Church in America, called on him to build a new congregation in Garden Grove, California. With only $500 in assets, he was challenged to find a building. Always the possibility thinker, he rented a drive-in movie theater, preaching from the tarpaper roof of the snack bar. Many looked down their noses at this setting, but Rev. Schuller loved preaching under the open sky, and the growing congregation embraced his innovation. In 1961, Rev. Schuller opened his first permanent church building — the world's first walk-in/drive-in church designed by architect Richard Neutra.

In 1968, Dr. Schuller founded New Hope, the world's first live, church-sponsored 24-hour counseling and suicide prevention hotline, which has since ministered to well over a million people.

The Robert H. Schuller Institute for Successful Church Leadership opened in 1970, and has graduated more than 20,000 students from different Christian denominations, Catholic and Protestant. That same year Dr. Schuller began The Hour of Power television broadcast. The show can now be seen on hundreds of stations around the world, and on 200 stations in the U.S. and Canada alone, with an estimated 30 million viewers weekly. 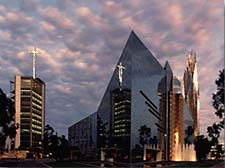 As the Garden Grove congregation grew, a larger building was needed. With his passion for the open sky, Rev. Schuller had a unique church vision. He commissioned architect Philip Johnson to build it all of glass: the Crystal Cathedral. This 2,736-seat architectural marvel was dedicated in 1980, and today, one million people visit the Cathedral annually for regular Sunday worship, conferences, seminars, workshops, and for two annual pageants, The Glory of Christmas and The Glory of Easter.

In 1992, Dr. Schuller opened the Fuqua International School of Christian Communications, where he serves as Chancellor of the school. Ministers from all over the world attend to hone their preaching skills.

An inspiration to millions, Dr. Schuller is the author of over 30 books, six of which have found a place on the New York Times and Publishers Weekly best-seller lists.

Robert and Arvella Schuller have five children, all active in Christian ministry. Their son, Robert A. Schuller, is also an ordained minister of the Reformed Church in America. 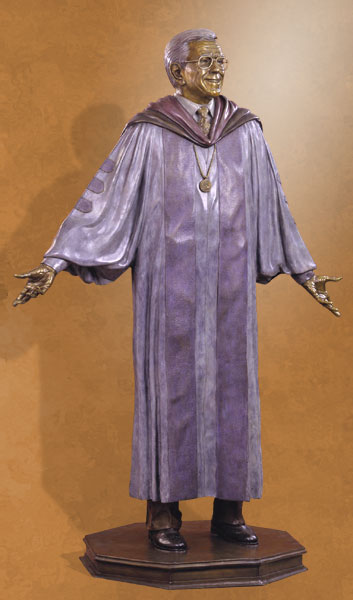 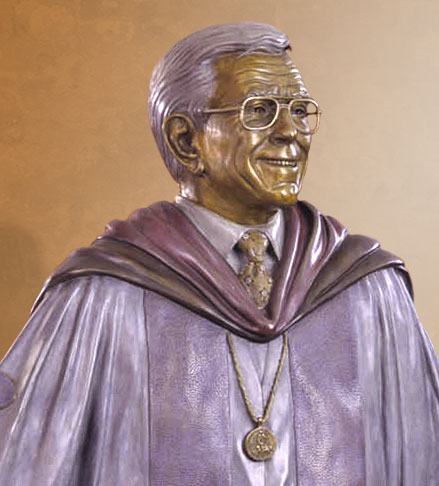