The Irish wolfhound is an ancient breed, deeply loved and respected for its loyalty, courage, intelligence, gentleness, affection and almost human ability to grieve. Ancient woodcuts and writings place wolfhounds in Greece at the invasion of the Celts and the sacking of Delphi in 273 BC. In 1571, Father Edmund Ignatius Hogun wrote extensively on the "Wolfdogs of Ireland" which were sent as highly prized gifts to Roman Consuls and Kings in the first few centuries after Christ and later. They were sent to Rome and "Viewed with wonder". King John of England presented a wolfhound to Llew Ellyn, Prince of Wales, in the year 1210, and Spencer wrote a poem about his qualities.

Irish wolfhounds were used to hunt wolves, bear, stag and boar, and also the giant Irish elk, standing six feet at the shoulder. An Irish wolfhound once killed an 1100 lb. bull to save his master, yet was extremely gentle with children. An old manuscript from the twelfth century relates how Mesrodia , King of Leinsternien was offered "six thousand cows and various other possessions" for his wolfhound named "Aibe" by the King of Cannacht. The King of Ulster then made approximately the same offer. According to this manuscript, feelings ran so high, that the Kings and their entire armies took to the field and a mighty battle was fought over the possession of the wolfhound (the manuscript doesn't mention who won the dog).

The original Empty Chair was a medieval Irish painting depicting a wolfhound leaning his head against his master's coat, which was draped over the arm of the chair. His posture eloquently indicates his grief.

It is interesting to consider that some of the qualities by which we humans define our own humanity are often sadly lacking or nonexistent in ourselves, while the Irish wolfhound displays those same qualities naturally and consistently. 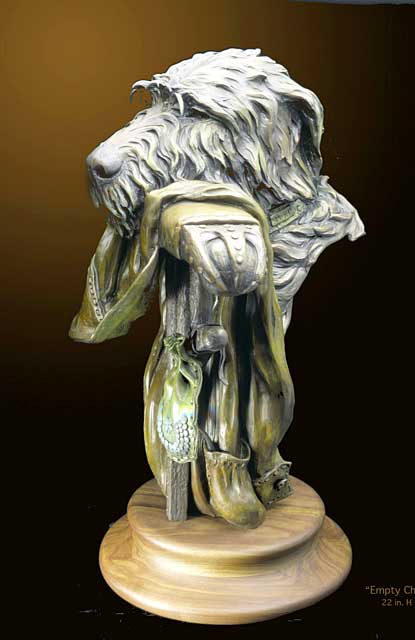 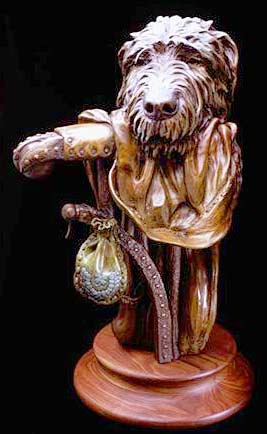 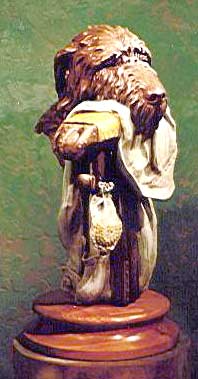