Sometime before 500 AD a vigorous and advanced people established themselves along the Gulf Coast. In time this culture spread west to the Trinity River in Texas, east to the Atlantic Coast, and its influences were felt hundreds of miles to the north.

The assured people enjoyed complete economic self-sufficiency growing two varieties of corn and a wide assortment of vegetables. Hunting game was more of a supplement to their diet than a staple. They lived in large, airy timbered houses, domed and thatched, which were furnished and decorated with colored rugs, baskets and pottery. The villages were organized on a communal kinship basis. Both men and women worked the soil. They were artists and carried on extensive commerce with other tribes, often using toolsand designs from far away. They made superior bows from osage grange wood, and elaborate pottery, which was much in demand on the plains and in the Far West.

The tribes of this evolved confederation called each other "Teysha," meaning "allies" or "friends," and were first encountered by Europeans in early October, 1541 by Hernando de Soto's army. The Spaniards heard this term and used it to refer to these and other friendly natives, pronouncing it "Taychas" or "Tejas" which evolved to "Texas," by which the state was named.

There were disagreements and battles with the Spaniards but they soon withdrew from the area. However, de Soto's successor, Luis de Moscoso, returned the following year and plundered the native granaries. After this there was little contact with Europeans for 150 years.

The Teysha believed in an omnipotent deity, a supreme figure who rewarded good behavior and punished bad. It was believed that the soul required six days to leave the body, so intricate rituals were developed to help its passage to the other side, and messages were sent along with the soul to departed relatives. When praying, they would often speak in a low voice but "so strenuously that they perspired even though it was cold".

For the Teysha, the most important religious ceremonies had to do, not with war, but with the first fruit rites marking the beginning of a harvest. While others feasted and danced, the elders and priests went without food, drink, or sleep for days while praying, thanking the gods for the harvest and asking blessings for the future. In other ceremonies, they fasted and drank a specially brewed liquid, and with the aid of eagle wings and tobacco cast upon a fire, they would forecast the nature of the coming growing season.

The Teysha evolved away from war, and were unsophisticated in its execution. The cult of aggressive courage, at the base of most other Native American cultures, was no longer important to these peaceful people. Unusual in a number of ways, the Teysha men and women displayed tremendous empathy, often crying for intended victims before an attack.

In John's sculpture Invocation, the figure holds grapes indigenous to Texas in his right hand, palm down indicating an acceptance of nature's gifts. In his left outreaching hand is a gourd filled with the blended liquid result, a gift back to God, or to others, a peaceful communion of God, People and Nature. 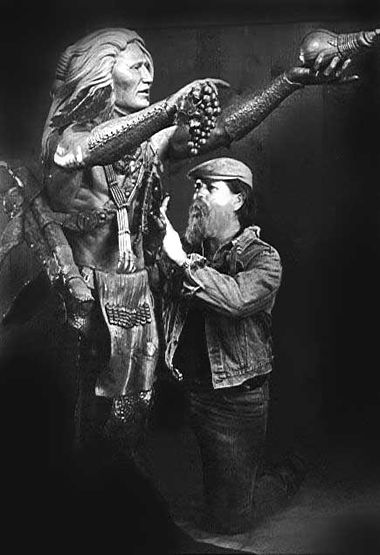 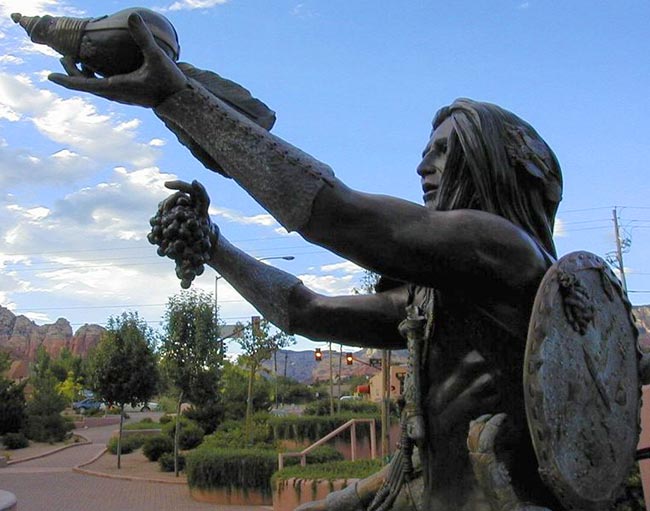 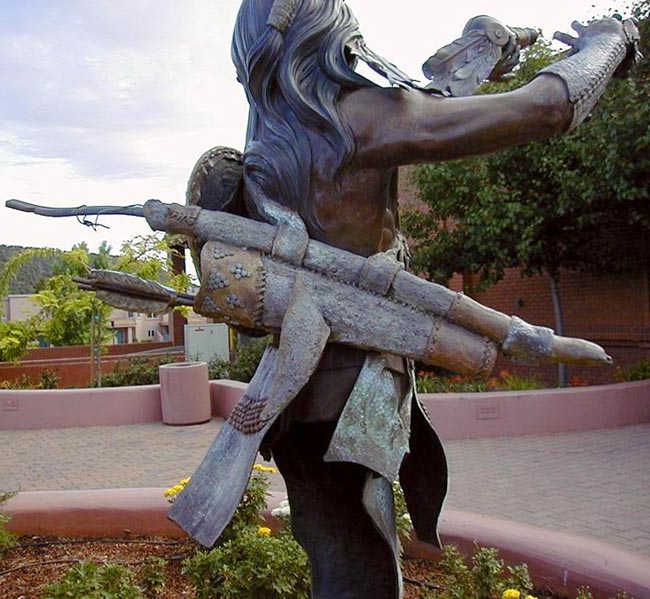 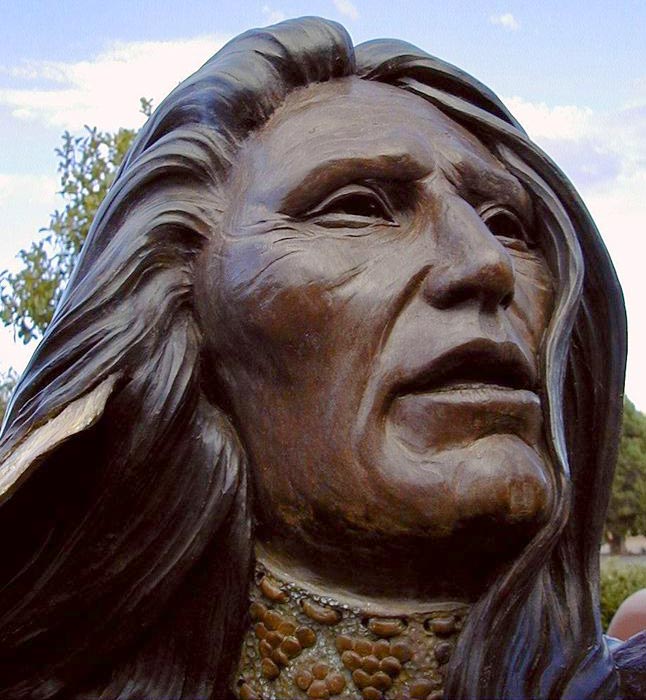 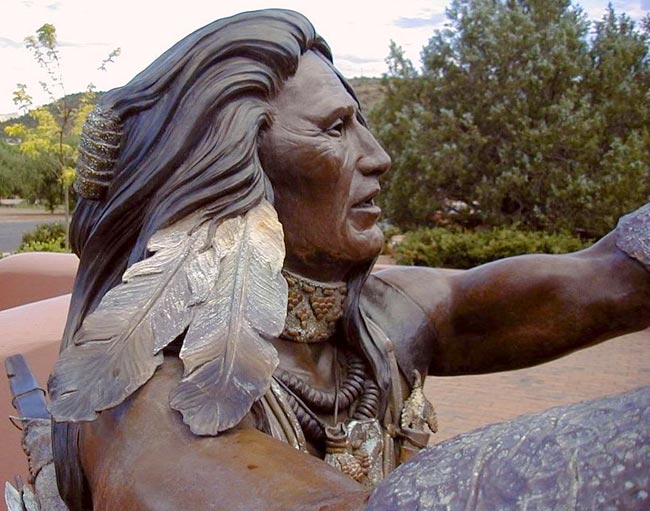 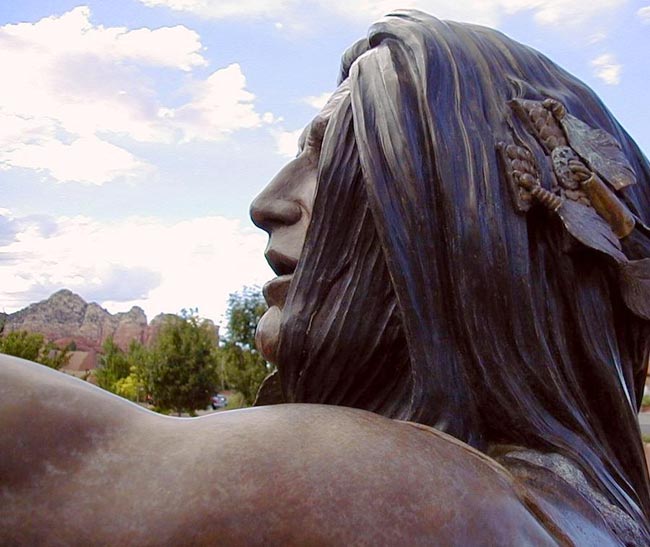 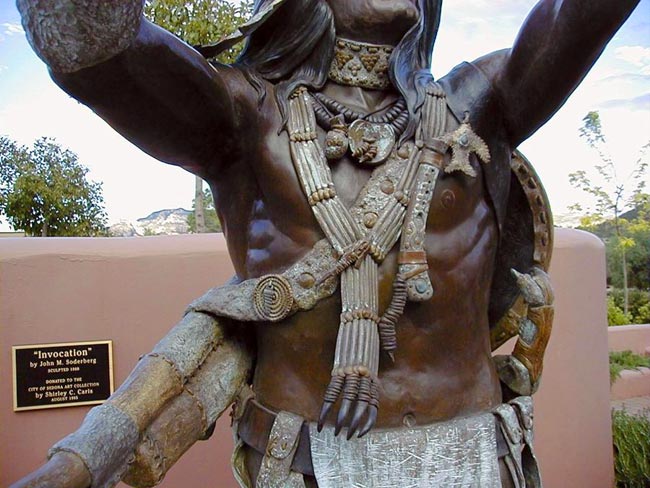 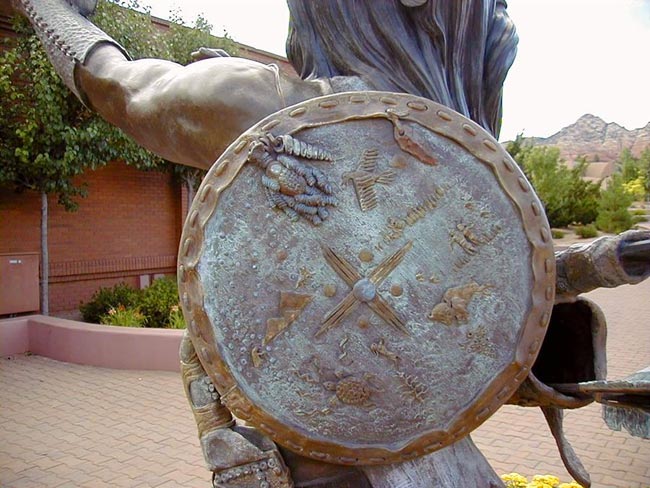 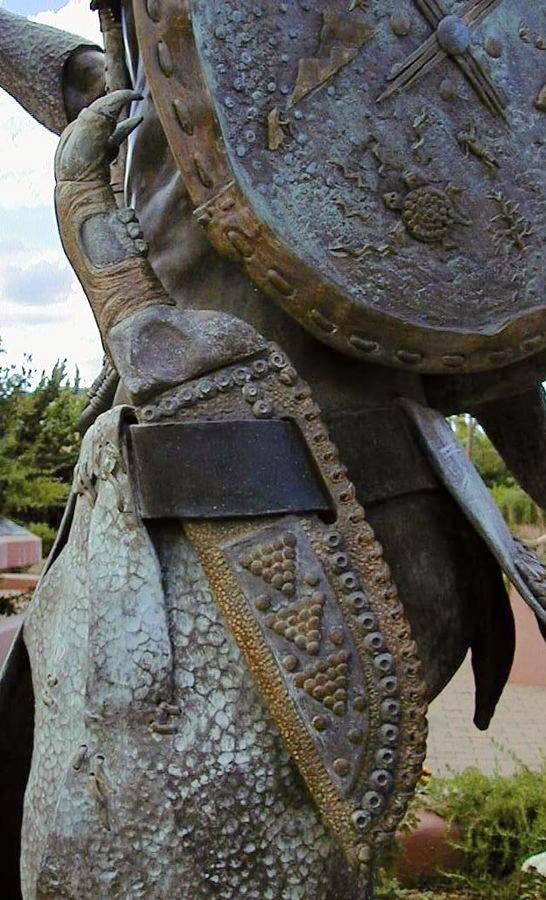