At a very early age, John's mother read the Greek myths to him. He remembers being enthralled by the description of Poseidon living under the sea - his spectacular throne created of green marble ornamented with coral, mother of pearl and gold.

Poseidon was god and protector of all seas. Son of Cronus and Rhea, mother earth, he was raised by the Telchines - a tribe of master bronze and iron workers who sculpted images of the gods. Not only did they create the trident, which is Poseidon's trademark, but also they gave bronze hooves to his chariot horses.

Poseidon was also god and creator of all horses. It is said that he assumed the form of a horse to escape pursuit by his enemies. And the Greeks believed he invented the bridle and the sport of horse racing.

When Poseidon reached adulthood, he and his two younger brothers, Zeus and Hades, deposed and banished their father Cronus from the island of Telchines. They drew lots to divide the kingdom. Zeus reigned the sky, Hades the underworld, and Poseidon ruled the seas.

Second in eminence and power to Zeus, Poseidon dwelled in a palace under the sea near the island of Euboea and regularly convened with the other gods in the Council Hall of the Olympians.

The legends proclaim his dark and sometimes troubled nature, causing horrific floods, storms and earthquakes when angered. Paradoxically he was the protector of mariners, evoking calm conditions when he traveled in his chariot atop the waters escorted by a retinue of mermaids, dolphins, and minor sea gods.

Poseidon is the god of Life, and in Soderberg's bronze sculpture, everything on him is living and hanging on of its own volition. A sea dragon circles Poseidon's neck and holds the end of his own tail to form Poseidon's necklace, while a mermaid hangs on to the sea dragon, playfully offering herself as Poseidon's pendant for a while. A starfish, ray and spider crab are honored to contribute to Poseidon's adornment as bracelets. More starfish hang on to living shells to form his crown (you can see animals inside the periwinkles).

The bronze symbolizes the power and beauty and teeming life of our oceans, and the death of that beauty, if we act without respect. In Poseidon's right hand, a mother and baby hump-backed whale swim protected, while a whale skeleton on his lower left lay forgotten amidst a waste dump. On the surface dolphins play, while to the lower left, they drown in fishing nets. Again on the bottom left, a sewage pipe releases filth amidst dead fish, while on the other side, merpeople hug by the pillars of an Atlantean temple. In the midst of this dichotomy, nature, in the form of Poseidon, looks upward, rising, with confusion and concern, and the beginnings of a terrible and wounded anger. 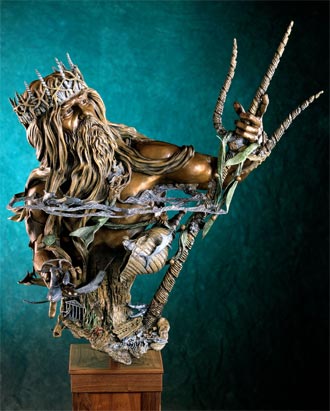 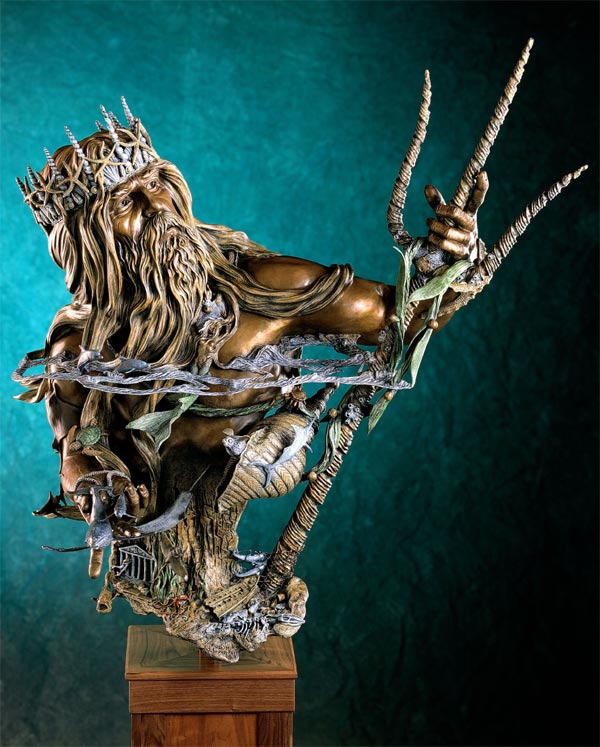 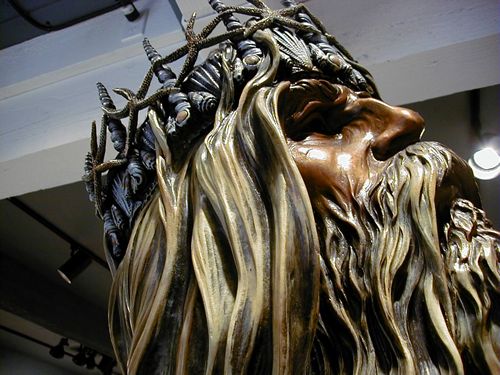 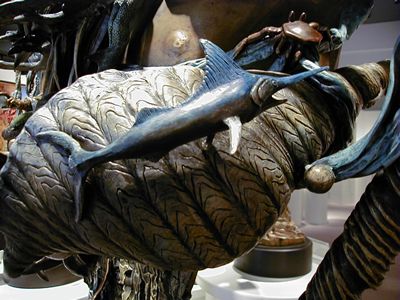 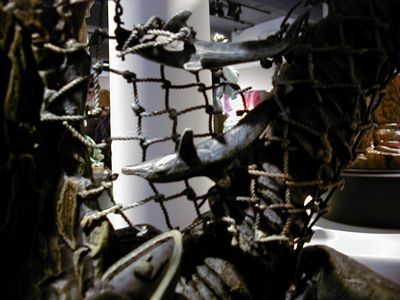 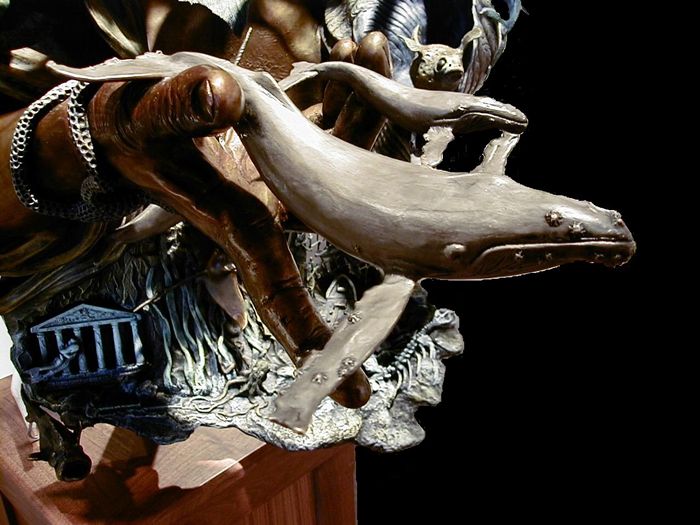 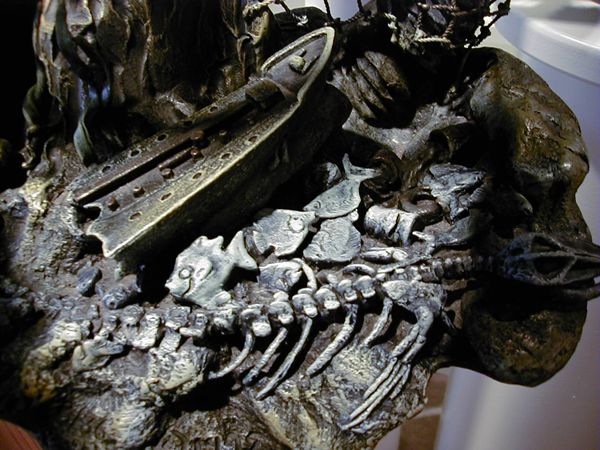