The miracle of the Loaves and Fish reveals the divine ability and authority of Christ. The monumental bronze sculpture, Partners, depicts Christ reaching up toward the Heavens performing the Miracle.

A young boy, gazing up in wonder at Christ's face, holds a woven basket with five loaves and three fish. Christ's love and compassion are such that even in the midst of this great miracle, He still takes time to value and include the individual boy, and share a smile.

The five-year old John M. Soderberg stood in the Garden of Gesthemane in the same area where Christ prayed and was arrested 1,922 years before. John stood next to gnarled olive trees believed to be alive when Christ was there. He smelled the ancient smells, and felt the timeless power of that remarkable land.

John traveled the Holy Land eight times before graduating from high school in Bangkok, and developed a deep personal feeling for the reality of Christ. He saw Him as passionate and joyous and strong. John's parents were artists, and took him to museums and galleries all over the world. John wondered why the vast majority of Christian art depicted Him as small, emaciated or pitiful, when as the son of a carpenter helping His father, Joseph, in a time before power tools and motorized transportation, He would have developed physically. John doubted that someone filled with the strength and spirit of God could consistently appear as Christ was so often portrayed. Experiencing Christian art worldwide, John learned that for the first 400 years after Christ's crucifixion, artists had in fact frequently depicted Him as powerful and passionate, and John treasured those instances of art depicting Christ as John knew Him.

At age six, John visited Rome and touched the foot of Michelangelo's Moses. He was deeply moved by the powerful work and impressed with the ability of one committed person to convey emotion and empathy, and to move so many thousands of people. He felt the stirrings of desire to also touch the hearts of others through sculpture someday.

Forty years later, John was commissioned to sculpt four monumental bronzes of Dr. Norman Vincent Peale, Archbishop Fulton Sheen, Dr. Robert Schuller and Dr. Billy Graham, men who believed in and preached about the joy and power of Christianity. The completed sculptures were unveiled at the Crystal Cathedral in Garden Grove, California in 1996.

John felt he was ready to satisfy his old desire to sculpt Christ himself as he saw Him.

Having grown up in countries where famine and starvation were often facts of life, John was fond of the story of Christ feeding the multitudes, and satisfying the physical hunger, as well as the spiritual, after the Sermon on the Mount. Two years of work resulted in the monumental bronze, Partners, the smiling Christ, which was unveiled Palm Sunday, 1998, at the Crystal Cathedral. The sculpture illustrates the Miracle of Christ's multiplying the loaves and fishes. 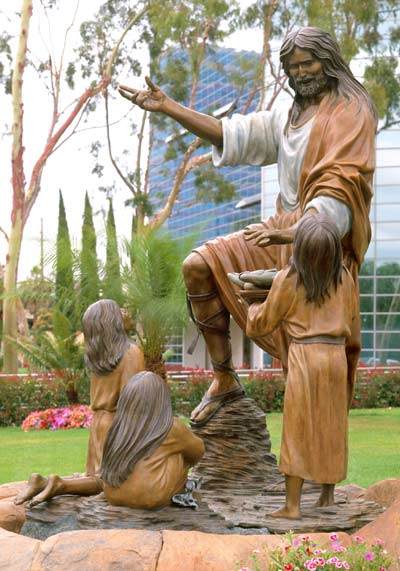 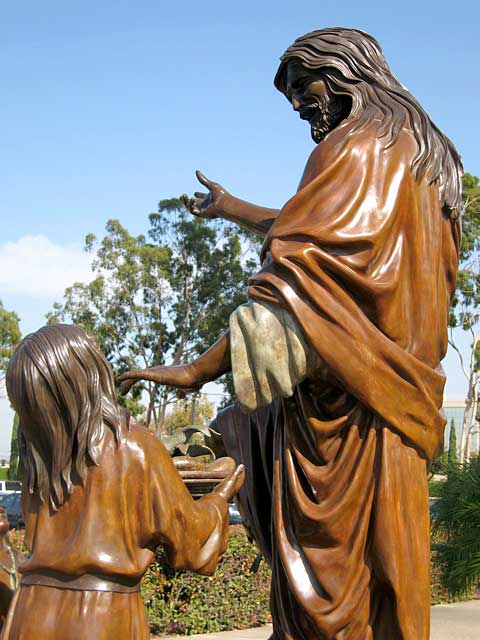 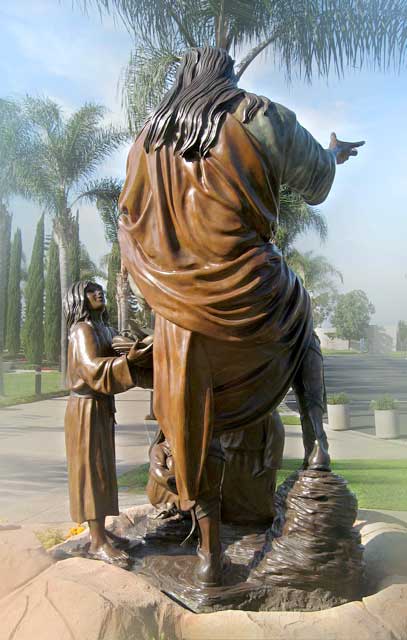 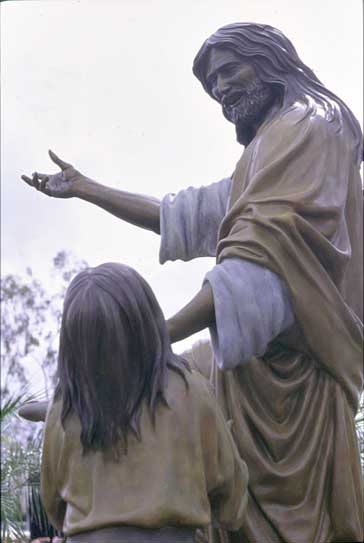 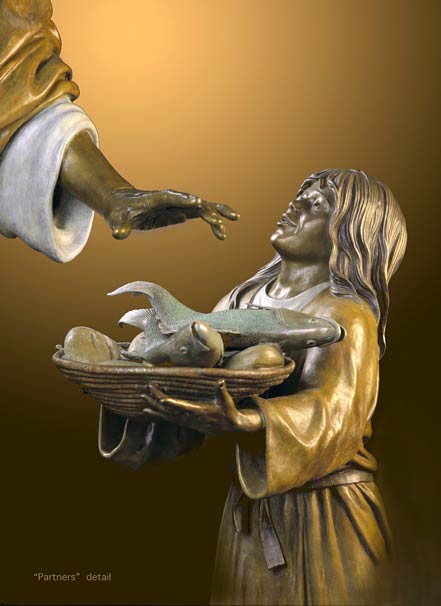